by NewsDesk
in National, Top Stories
0

Imran Khan, the leader of the Pakistan Tehreek-e-Insaf (PTI) and a former prime minister, will launch his protracted protest against the government from Liberty Chowk in Lahore today (Friday).The former prime minister said in a video statement on the eve of the long march that the “true freedom” march will begin on Friday at 11 a.m. from Liberty Chowk and that it was not intended to overthrow any governments or further any personal agendas.

Imran Khan is supposedly bowling the “final five overs of politics,” according to Sheikh Rashid Ahmed, who also said that he will be at the party at Liberty Chowk. The AML chief stated, “I hope long march meets its aim in accordance with the constitution and legislation.”

Islamabad won’t be attacked by any mob, the interior minister swears:

Interior Minister Rana Sanaullah Khan warned not to allow any mob to harm Islamabad as Imran Khan’s long march approached.Speaking to the media in front of the Rawalpindi bench of the Lahore High Court, Sanaullah stated, “If Mob culture is formed, then where will democracy and state [go].” He said, “The Supreme Court has ruled on long marches and sit-ins.”

If you don’t join the Haqiqi Azadi march (read: freedom march) today, you should not care about the current system. If you want to reform the current system, leave your home; else, your children’s life will be spent in this corrupt system, Fawad tweeted.

Long march, says Asad Umar, not to “conquer” anyone

According to PTI leader Asad Umar, elections were the only choice and the party’s long march was not intended to conquer anyone.

Umar stated, “Our demand is not to reinstate the PTI administration and install Imran Khan as prime minister. He continued by saying that elections can resolve the nation’s economic, social, and political crises.

Fawad Chaudhry, the head of the PTI, goes on long march 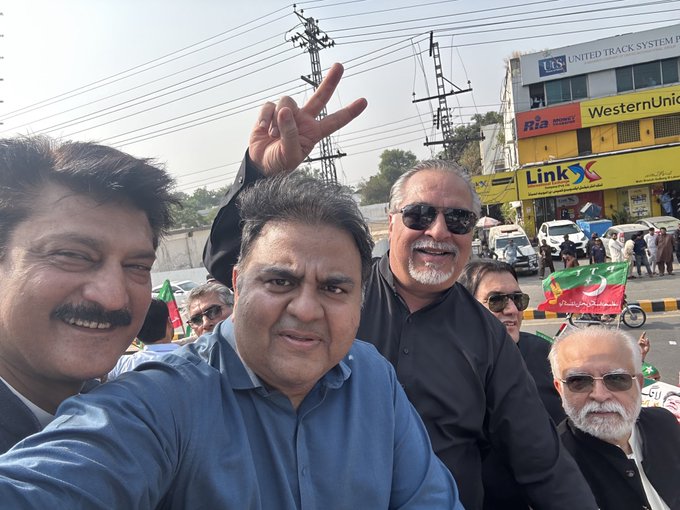 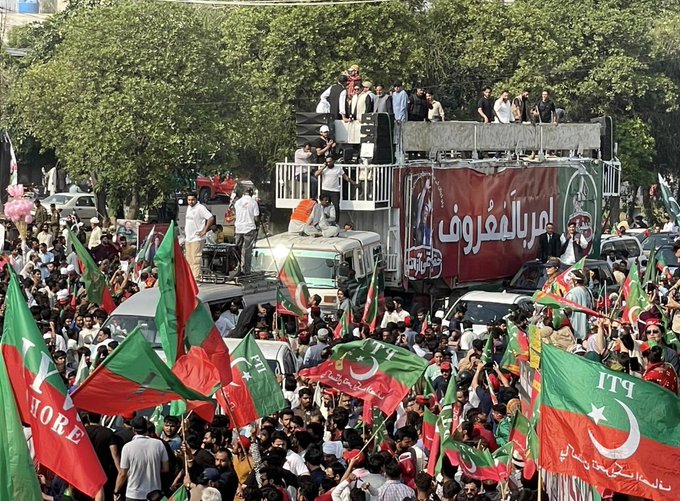 Administration in Islamabad declines to provide PTI a NOC

On Friday, the Islamabad Administration denied PTI’s request for permission to organise its event in the federal capital.

The party had broken the terms of the NOC that had been given to them on May 25, the district administration wrote in a letter, asking PTI to satisfy the administration in writing.

The Islamabad administration wrote in the letter, “You were given permission in the past as well, but you broke all the commitments that were made. A list of the offences the party had previously committed was also provided.

On his way to Liberty Chowk, Imran Khan

Imran Khan, the leader of the PTI, has departed from his Zaman Park mansion in Lahore towards Liberty Chowk, where the party’s lengthy march will begin.

Authorities began to close off the Red Zone in Islamabad

In preparation for Imran Khan’s long march, authorities in Islamabad began setting up containers on Friday in the Red Zone area of the city.

The arrival of Imran Khan at Liberty Chowk 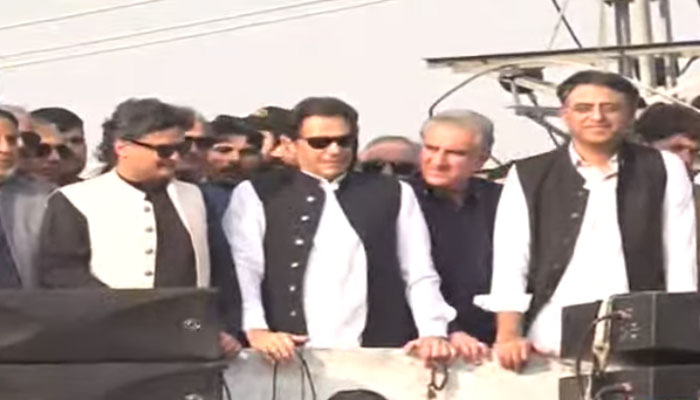 Imran Khan, the PTI chairman, has arrived in Lahore’s Liberty Chowk and has boarded his container to lead his party’s lengthy march toward Islamabad.

The PTI chief’s address came to an end, and the party thereafter began its protracted march toward Islamabad. Senator Faisal Javed also took an oath from the attendees before the event began.

Video: Aerial view of the beginning of the PTI long march