Roze News punished for being patriotic? Taken off air in many cities 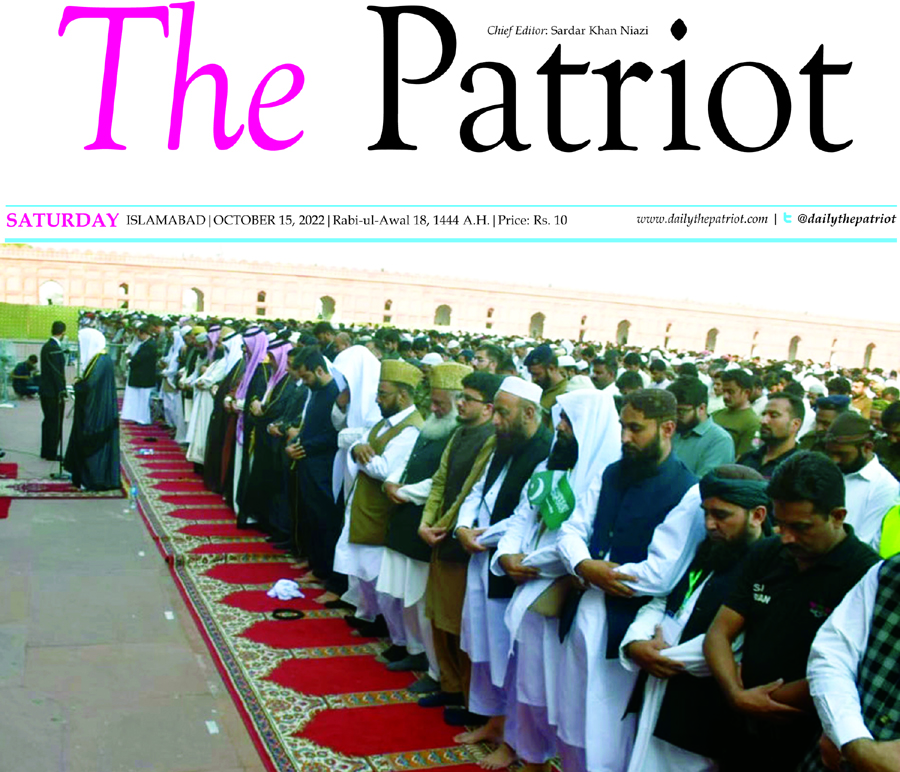 News Desk
ISLAMABAD: In an appalling, discriminatory and out of the blue move Roze News was taken off air in many cities across Pakistan and pushed towards higher numbers by many cable operators.

The situation was particularly grave in Karachi and many parts of Sindh where Roze News was completely taken off air without any prior notice or issuance of any ‘reason’ as to why the action was taken.

In many cities in Punjab audience reported that they are not able to receive the channel’s transmission. The channel’s position has also been repeatedly changed and pushed to last numbers.

Concerned authorities when asked about the ‘action’ merely expressed surprise and said that they are ‘unaware’ as to why and by whom the action was taken against Roze News.

It is pertinent to mention here that Roze News is widely regarded as one of the most widely watched News Channels in Pakistan due to its ‘patriotic’ content, the channel is also pioneer of promoting religious teachings in the country through the media and to date remains the only private news channel to air ‘Azaan’ five times a day.

The channel was presented a special award by Imam-e-Kaaba, Sheikh Abdur Rehman Al-Sudais during last years visit to Pakistan for airing ‘Azaan’ fives times a day and promoting Islamic teachings.

It is also important to mention that Roze News has always stood by the country’s Armed forces and has fully supported the Armed Forces fighting the menace of terrorism, defending the country’s borders. The channel recently dedicated its third anniversary celebrations to the martyrs who laid their lives for the defense of their country.

Roze News is also perhaps the only news channel in the country that follows a strict policy of not airing any ‘Indian’ content, a policy that has been widely appreciated by the audience.

The channel and its chairman Sardar Khan Niazi were even lauded in the National Assembly for formulating and implanting its own code of conduct. Speaking in the National Assembly Pakistan Muslim League Nawaz (PMLN) lawmaker Waheed Alam Khan had said that Sardar Khan Niazi sustained immense financial losses but never fell to the lure of running immoral programs or advertisements for the sake of financial benefit.

Roze News anchor Asif Mehmood while commenting on the issue said that Pakistan Electronic Media Regulatory Authority (PEMRA) must take action against the unjust attitude towards Roze News and take strict action against those involved. Anchor Nasir Habib also pointed out that Roze News has been rejecting ‘Indian advertisements’ keeping in views its strict policy of patriotism but the channel has been taken off air in various cities of Sindh including Karachi.

Civil society also expressed dismay at the discriminatory attitude towards Roze News and vowed to take to the streets if the channel is not restored at the earliest. Lawyers and politicians were also in unison at condemning the unjust action against Roze News and said that they will raise the issue at every forum.

It must be mentioned here that PEMRA and cable operators are bound to place News Channels in the news bouquet and the unjustified action against Roze News is violation of PEMRA laws and the authority must punish those responsible for violating the rules and regulations.

BEIJING/SHANGHAI:Beijing stepped up quarantine efforts to end its month-old COVID outbreak as fresh signs of frustration emerged in Shanghai, where...

Russian diplomat in Switzerland says he resigns over Ukraine invasion