Pakistani police say a roadside bomb has exploded near a police station in the garrison city of Rawalpindi. 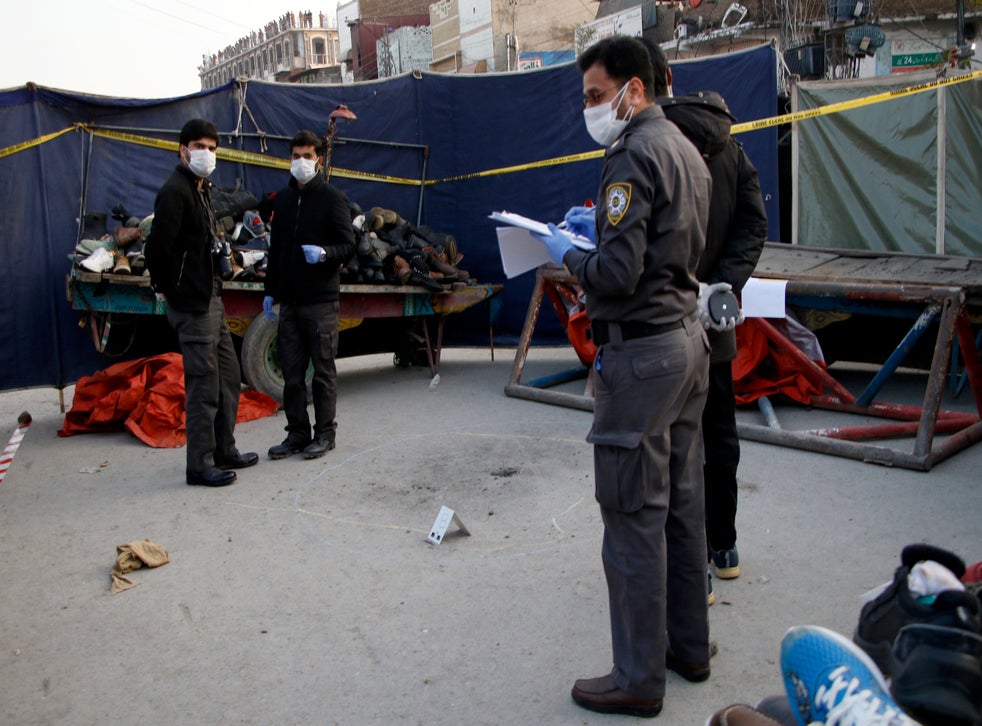 A roadside bomb exploded near a police station in the Pakistani garrison city of Rawalpindi on Sunday, wounding at least 23 people, police said.

Initially police said a hand grenade was thrown near a water filtration plant across the road from the police station, but a senior Rawalpindi police officer Ahsan Younas later confirmed the blast was from a device planted on the side of the road.

Police said three of the casualties received deep wounds, while others were given medical care and discharged from the hospital.

No one immediately claimed responsibility for the explosion.

The Pakistani military’s headquarters and the offices of the country’s spy agencies are located in Rawalpindi, about 15 kilometers (9 miles) south of the capital, Islamabad

Pakistan has witnessed scores of militant attacks on security forces and other targets in recent years.

In October, a powerful bomb blast kill at least eight students and wounded 136 others at an Islamic seminary on the outskirts of the northwestern city of Peshawar.

Balochistan CM invites Afridi, Akram and others to visit Quetta