by Daily Patriot
in City
0 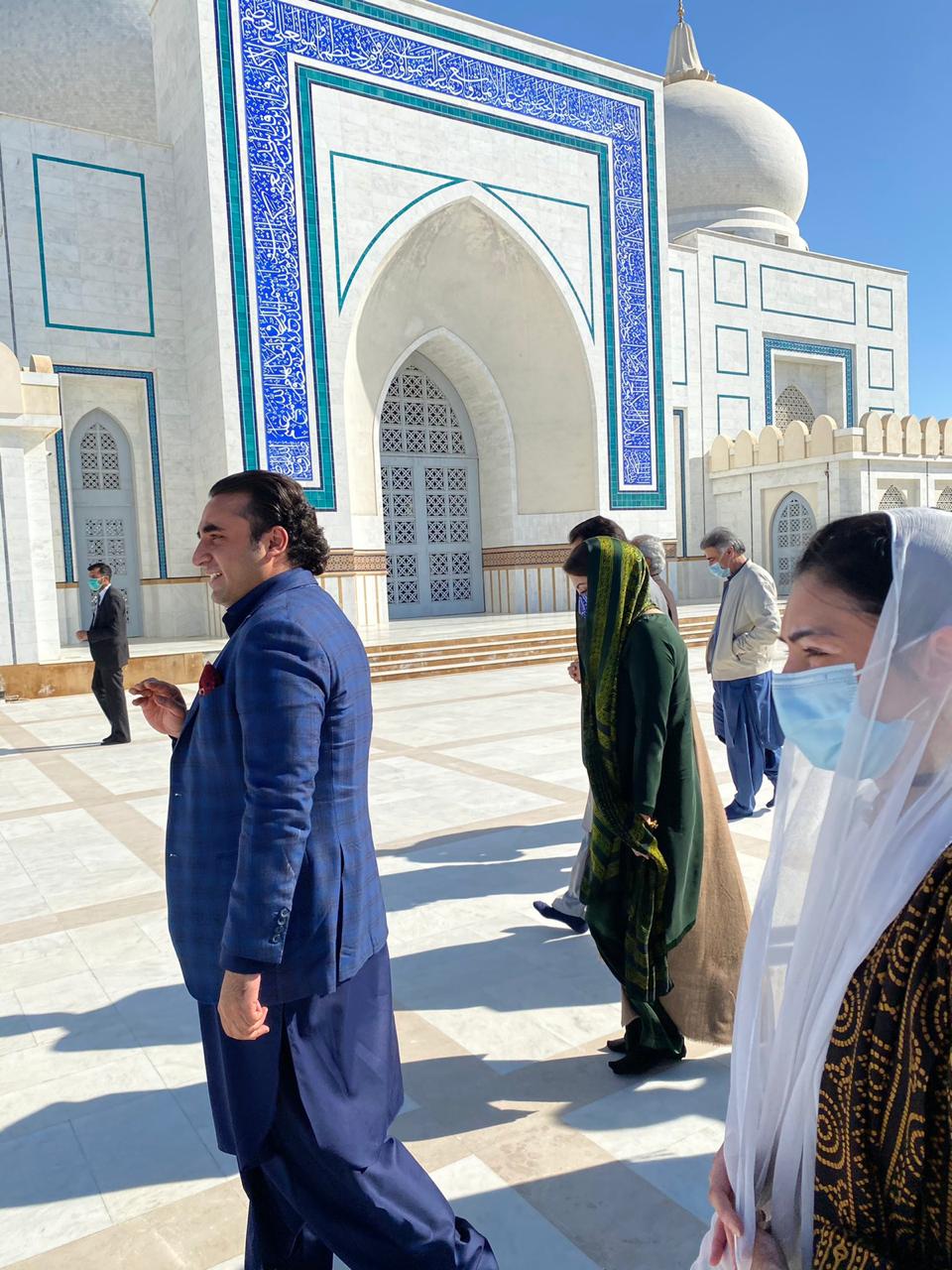 According to reports, the delegation laid a floral wreath at the tomb of Benazir, her father and brothers.

Maryam along with Captain Safdar Awan and other party leaders – Parvez Rashid, former Sindh governor Muhammad Zubair Marriyum Aurangzeb–also visited the shuhada galley [martyrs’ gallery] where pictures of the PPP leaders and workers who lost their lives in Karsaz bomb blast and other incidents were displayed.

The PML-N delegation paid rich tribute to PPP workers and leaders who made the ultimate scarifies for the dispensation of democracy in the country.

Maryam had reached the Bhutto house in Naudero on the night of December 26 to attend the 13th death anniversary of Benazir Bhutto.

According to PML-N Sindh’s spokesperson, Maryam would leave for Lahore today’s evening from Sukkur Airport.

During the December 27 rally, Bilawal, while paying tribute to his late mother Benazir Bhutto, said her ideology is still alive whereas those who fought with her are nowhere to be seen. “The grave of [former military dictator] Ziaul Haq is deserted whereas Gen Musharraf is living a life of a coward [in self-imposed exile],” he said.

When Benazir Bhutto returned to the country in 2007, he said, she knew that she could be assassinated but she did not back off.

PTI-led government millions of people are compelled to live below the poverty line and people belonging to all walks of life are suffering hardships. He said he could not accept that the country is being run under a true democratic system because people and political parties are deprived of their rights and freedom of speech.

He said PM Imran’s ‘selectors’ installed him into power but they could not give him the ability to run the country.

“Imran Khan will be held accountable for the unprecedented rise in the prices of essential commodities and making the lives of masses miserable.

Maryam, in her opening remarks, sent regards to the crowd in Sindhi and thanked the PPP leadership particularly Bilawal Bhutto for receiving her at their hometown last night in extremely cold weather.

She said not only PPP is mourning the death of Benazir Bhutto but the entire nation including her party is saddened due to the assassination of former prime minister 13 years ago.

It’s tragic that Bilawal had to lose his mother at such a tender age, she said.

Maryam said she is inspired by Benazir because she laid down her life while fighting the cause of her late father Zulfikar Ali Bhuto.

Maryam said the political parties rectified their mistakes and stopped conspiring against each other after realising that it helped the anti-democratic forces to exploit the weaknesses of the political leaders.

The Charter of Democracy (COD), she said, was signed by late Benazir and her father PML-N supremo Nawaz Sharif in 2006 to strengthen democracy in the country. “When they realise they can no more control political parties, then [former ISI chief] Gen Shuja Pasha formed Tehreek-e-Insaf [PM Imran Khan-led ruling party].”

The PML-N leader said PM Imran is “begging for NRO” from PDM and sending his emissaries to strike a deal with the opposition parties.

CHITRAL: Hundreds people from Muslims and Kailash community organized a peaceful protest rally in Ayun under the auspices of Muslim...